There is a lot of talk about how we are entering the phase of human civilization where all that is left of our species are streams of sanitized zombies in sleek beige cars that look like spaceships—cars that drive themselves, really!—and if you wonder where the “real” is, let me advise you to ditch your car, or your bicycle, or your pride, and get on a bus.

The bus is a cracked cask: It is a zone where heartbreak and disease and death and betrayal and madness can no longer be “put off”—as if we can put these matters off like “forgetting” to pay a credit card bill. There is no credit line that can avert death, destruction, the real. If you try, one way or another, you’re going to get your wages garnished.

I was on the bus and saw a man with long gray hair and overalls entirely encrusted in his own snot. He had seemed to work on these overalls as if they were a special art project. Thousands, if not tens of thousands of snot-smears covered his pelvic area and the denim on his thighs and rear, to the point that the fabric buckled and gleamed like fish-scales, like the powerful yet addled tail of a crank-fueled Poseidon.

But this is not all. This man, he was at the ready, with a grime-darkened finger, to dig in there again, extract more of his vital essence to spackle the remaining “free” spots on his legs. I watched as he did this, smearing fresh nasal slurries on his thighs with the delicacy of Rembrandt executing a fine-bristled stroke to one of his many self-portraits. Like Rembrandt’s canvases, these overalls were a landscape illuminated from within.

At this point you may ask…do I fetishize freaks?

Am I a freak, or just a freak tourist? Read Death Confetti, and decide for yourself.

To be honest, I’ve never met a human being who hasn’t struck me as a freak. As disturbed as Poseidon-Meltdown-Man may appear to the general public, equally bizarre to me are the manicured individuals who play casino games on phones while wearing earbuds that look like alien probes in their skulls. Yes, blessed are the freaks who want the house in the ‘burbs, the bleached teeth, the plump investment portfolios!—I mean the normal folk.

It was John Waters who said that what makes a person real are her eccentricities, the desires and tics which most of us try to hide. Like John, I am drawn to people who cannot contain their eccentricity—people wracked by madness, age or rage; sometimes a combination of all three. Here’s why:

What you hide is usually the most poetic thing about you.

After a while, people’s secrets leak into their backbones, shape their faces, warp their words…until they break.

It’s not unlike a hymen breaking: Some people know when they break, and other people have broken and don’t even recognize it’s happened.

What leaks through the cracks…can be truth. What leaks…can be poison, nonsense, murder.

Death Confetti is a collection of stories that cover twenty years of my life in Portland, Oregon. The book features sketches of people in bars, on buses, in the places I have worked and lived. It showcases lust, bad breakups, drug abuse, wannabe-cult-leaders, and death; and at moments it features my mother, a woman who has come to live a very isolated life with celebrities and game show hosts as her best friends.

There were many stories I had to cut from the final draft—of abortions, bandmates, a prostitute whose hand I held on a light rail to Nowhere, a skinhead party I accidentally crashed. I enjoyed writing these pieces, but they weren’t right for the book.

Anyone looking for “Portland flavor” will find plenty in Death Confetti—but much has been left on the cutting room floor.

In the past several months that it has been released, Death Confetti has garnered extreme reactions, especially regarding the book’s intent. 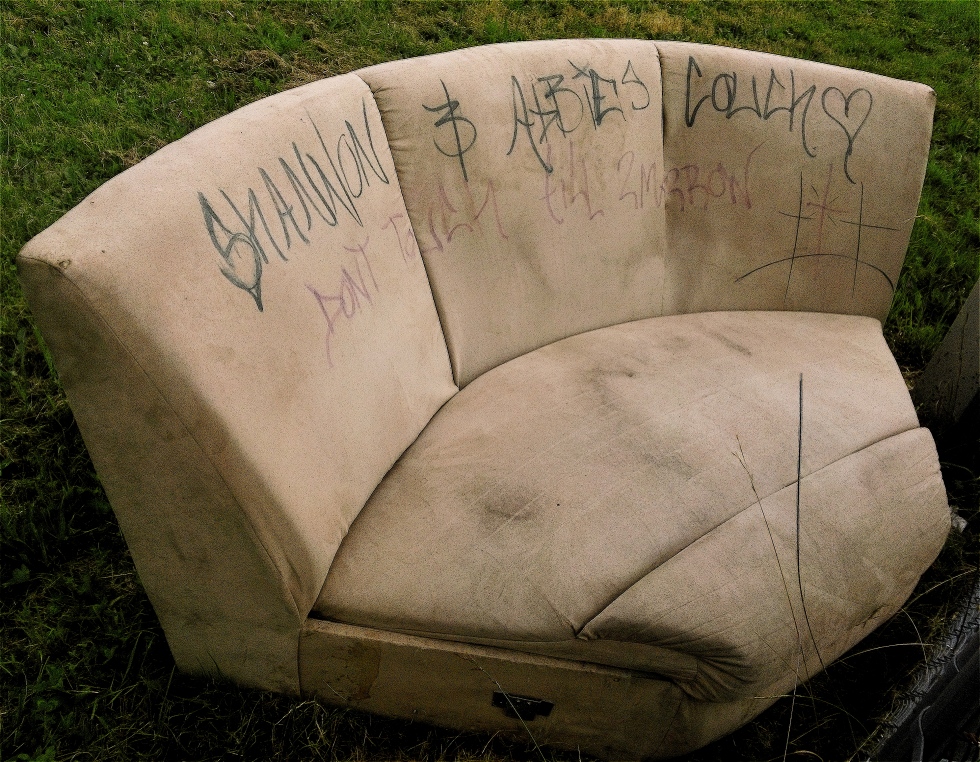 The subjects of Death Confetti are survivors. They emerge from the dark like myths, and then return to it. They are falling apart in a world that is falling apart, as memories do, as blood and bones do, as our idea of humanity disintegrates.

As our environmental and financial climate grows more dire, many normal people study the strangers they fear they will become, the ones who have slipped through the cracks. (Pro tip: The Recession is not over; it’s just begun.)

People are addicted, in our age of reality tee-vee, to the moment when “shit gets real”—usually from the safety of a phone-screen. But the real doesn’t have to be a news item about a kid with a machine gun, or a celebrity sex-change.

“Shit getting real” is a level of honesty that happens when people have nothing left to lose. It is a moment of release people compulsively seek when their jobs and their lovers no longer make sense to them.

It is the release they seek when there is nowhere they are allowed to be themselves, to even sit down in an era of killer cops, sidewalk ordinances, hidden fees.

Shit getting real means getting drunk enough to fuck, fuck anything, even a plastic figurine of Bambi. 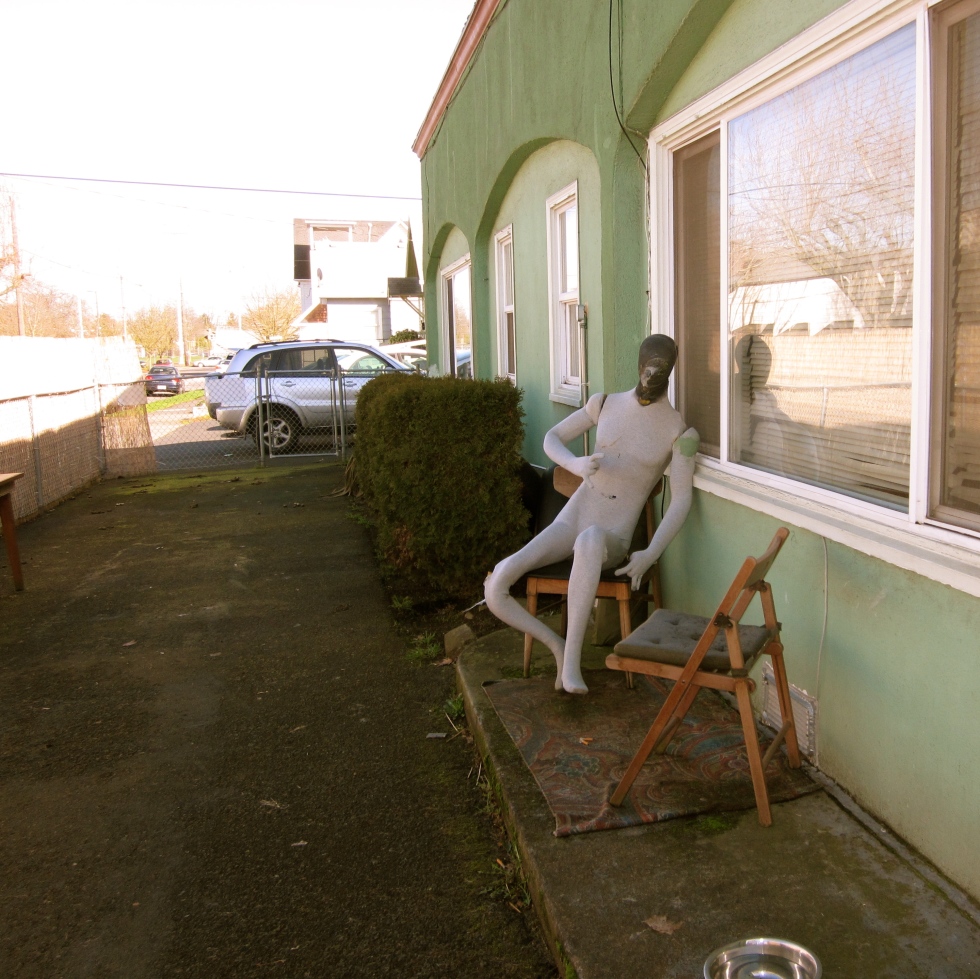 We are Death Confetti.

Photos in this essay by Kurt Eisenlohr, Collage of Jennifer’s mother by J.R.