In downtown Seattle by Union Station there is a corroded metal awning that reads Publix Hotel, and at certain points the metal has corroded a micron wide, and at some points you could (if you were already levitating) hold your breath and ease right through it. As the clouds cover the sun and you gaze at the awning of the Publix Hotel, you get the feeling that you are standing in a three-dimensional daguerrotype. Within spitting distance of the awning is a cartoonish mural of Bruce Lee, and an endless stream of potato-shaped men in billowy gray t-shirts pose for camera-phone photos pretending they are engaging with Bruce in a battle to the death.

Within spitting distance (or perhaps we should say kicking distance) of Bruce is Joe’s Bar. This is Chinatown, and the sidewalks feel supercharged with an endless flow of commuters, hobos, and darling cartoon-perfect Asian girls who wear knockoffs of supermodel finery. Their postures are so erect; their beauty is so embraced; their arms flail in the air with choreographed gestures of delight. For the rest of their lives they shall never be as alive as they are today, and it is our duty as spectators to savor them. They function as the circulation; the wind itself, and this wind passes over and purifies the grizzled pates of the patrons of Joe’s Bar. 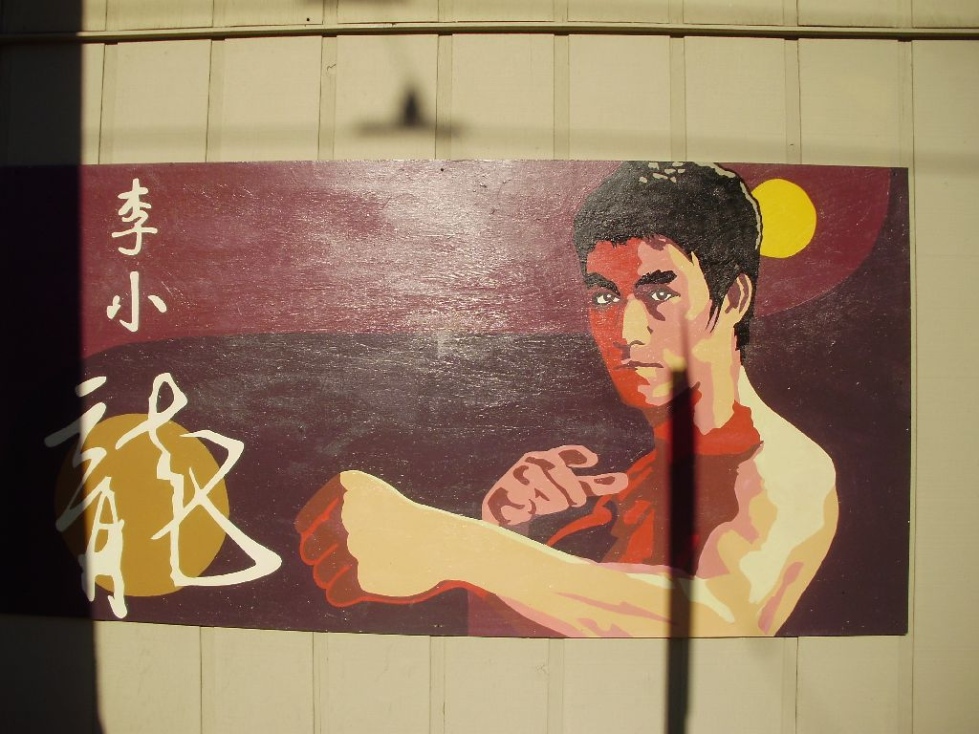 You cannot miss Joe’s Bar. You cannot miss the neon in the windows, and the open doors, where men spill onto the sidewalk in rumpled raingear, wizard outfits, and all of those t-shirts that feature Joe Camel and choppers and American flags.

There is a jukebox playing in Joe’s, and it is always playing. In fact this is a cult of the jukebox, and the clientele, upon entering, innately understand it is their duty to feed the box, insure that music is always flowing, is honey, is manna, is wine in the air. When the music stops, you can hear a general muttering and a clapping of hands, but this relative silence will not do.

The tall black man is the Gatekeeper, and he strides a little sideways, and stands as long and thin as a voodoo icon in a navy windbreaker, coke-bottle glasses, non-descript baseball cap, shuffle-shuffle over to the jukebox. He doesn’t want to have to spend all his money, but it has to be done. The music must play.