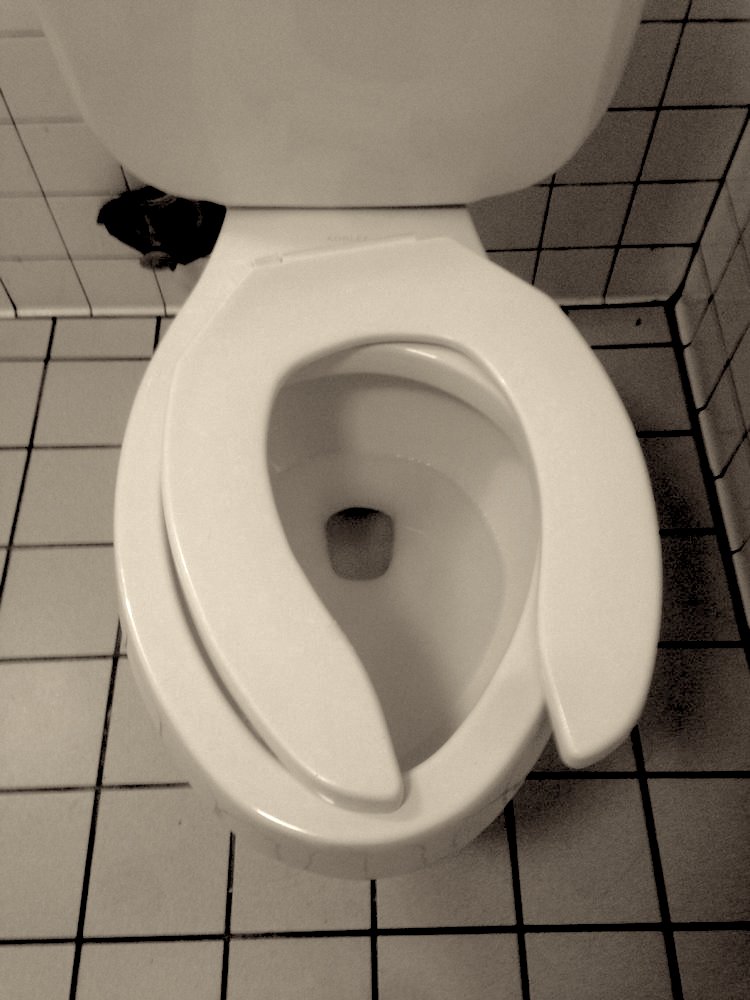 This is what he did. It is not meant as a bizarre metaphor. The man would unzip his fly, shrug down his pants (or if he was in an elaborate mood, put on a ladies’ slip) and straddle the toilet as if he was a woman and the cool porcelain contours bolted to the floor were the hips of a man.

The lid was up, exposing the placid bowl of water within, the target water. He would make a little tent for his cock with the palms of his hands and rub it against the seat. It looked like a balancing act, this making love, in a sense, to the entire waterworks of Portland, Oregon. He could be worshipping Poseidon or any number of ancient river nymphs with each slow-motion thrust.