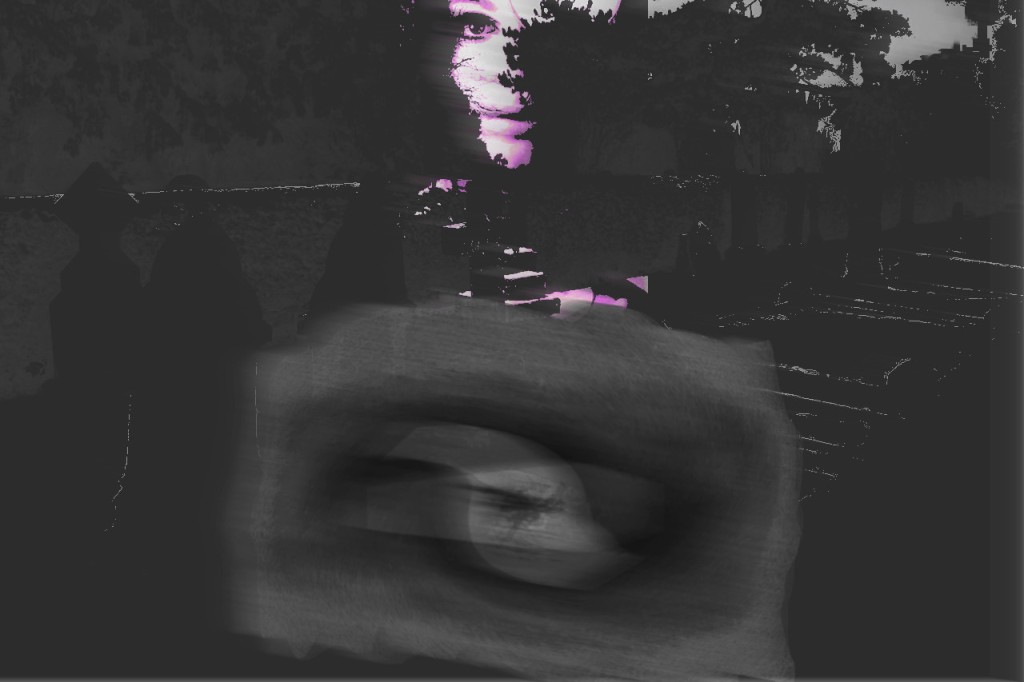 There was a blue cast to my grandmother’s lips that someone had tried to cover up with makeup. Her hair was done, and her hands were folded, a gesture that does not call to mind the state a person is in after a bypass operation fails to “take.” Women who are eighty-six should generally not have bypass operations. We do not live in the future yet, and this rate, maybe we never will.

My grandmother’s lawyer came. The lawyer was a woman none of us wanted to know, a neighborhood creep who tried to sniff out anyone about to die so she could “rewrite wills” and get herself assigned as a benefactor for having done all of this work. This lawyer was so crooked, and yet so sexy. She was a tidy blonde with an easy barstool laugh and eyes that studied everything. She complained during the visit that she was ruining her weekend plans by having to show up at a funeral. She said this with her easy barstool laugh, and proceeded to make bank.

My grandmother’s dentist came. He was a man named Vincent with wide hazel eyes set in a milk chocolate face and he seemed, like many old Italian men, to be sculpted out of marzipan, down to the fine gray and black hairs of his widow’s peak. He offered sincere, emotionally-impressive condolences, as if he had experienced an intimate relationship with my grandmother, rather than having only polished her teeth for a handful of years.

And that was that. There were many gaps where I, like a prisoner in a cell, repeated my steps, my circuit around the room to where my grandmother was on display.

The funeral director had apparently never done a service or a shut-in before. He was getting increasingly nervous as the minutes ticked past. He felt like he needed to say something, or offer something to my mother and I, as a substitute for the potential mourners who would never come. And so he did the most bizarre thing you could imagine.

He told a story that seemed engineered to make us feel even worse.

I can tell that he meant well. He was just somewhat…simple. Making us feel bad was not his intention. This is what he said:

He said that he will never forget the funeral of the doctor who committed suicide.

See him now: That wide jaw, those dark eyes, the stringy black hair in an extreme combover that made a man pushing fifty look more like a trophy pulled from an Egyptian tomb.

You remember the Doctor? Oh, everyone must remember the Doctor! He worked up at Community General. He spent many years in the emergency room and he got really involved with his patients. He would go on house calls and check up on each patient long after they had passed out of his immediate care. He worked so hard, he seemed to go without sleep to get his license at twenty-six and he started a family and had a beautiful house and these children he gave everything to.

You know, he often took on charity cases? If people couldn’t pay, he’d say, that’s okay, brother, and he’d say, you’re a baker, just bring me some bread sometime, or you’re a musician, just bring me one of your CD’s when you can make it by.

He was so good, not a mean bone in his body. Man, this man was made of love, which is why it was such a shock when they found him in his bathtub. He had slit his wrists, and drifted off.

They figured he had been “gone” for several hours before the body was found. Of course this is a terrible, traumatic thing for a family to come home to, the funeral director said, and everyone was saddened and confused, and didn’t have any clue that the Doctor was going through so much pain. Why couldn’t he have spoken to anyone of his pain?

Maybe, I thought to myself, because he knew that no one, not even a doctor, can heal the deeper, inner pain.

And if you speak of a pain that cannot be healed by anyone else, what can people really do with it?